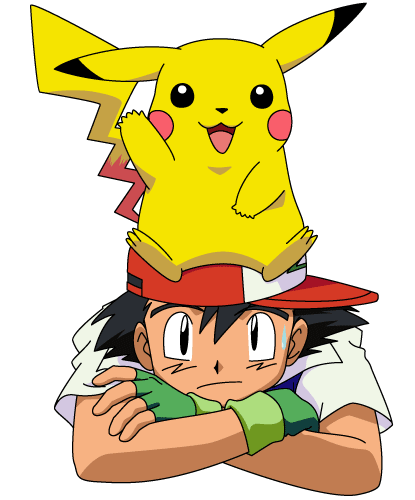 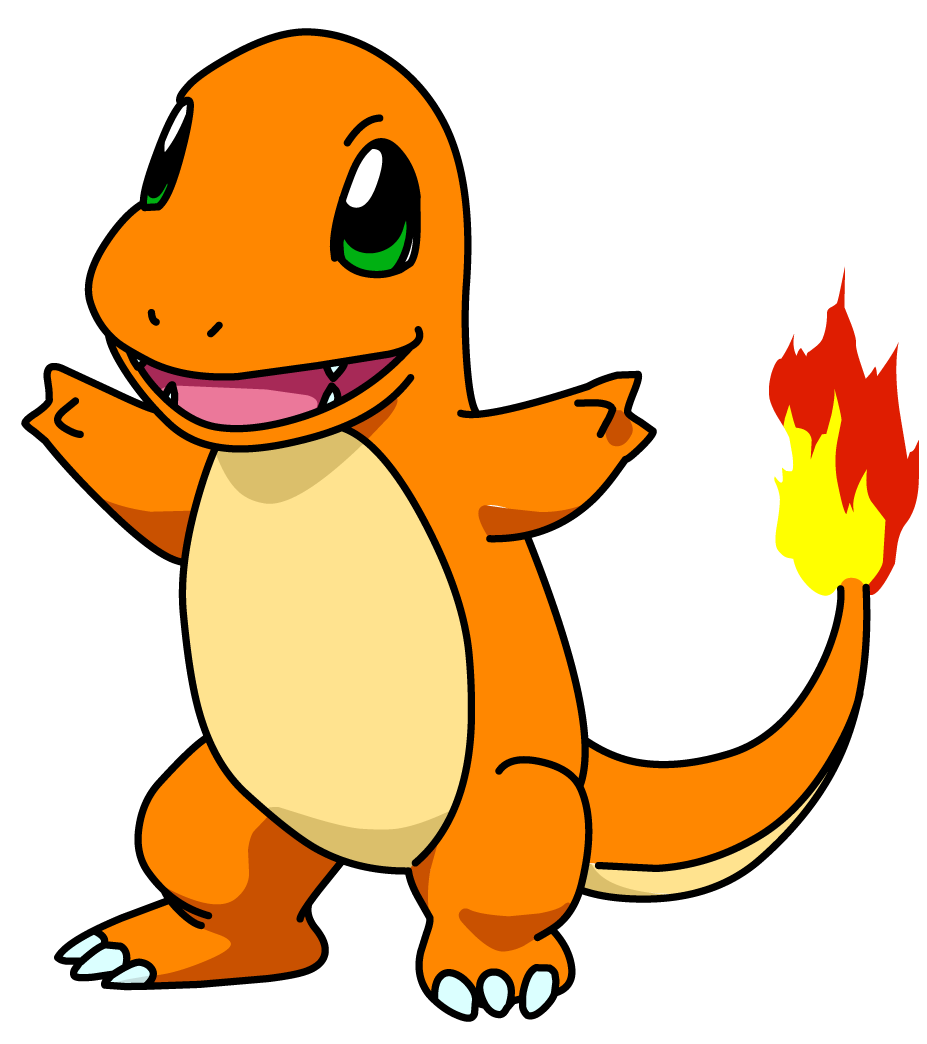 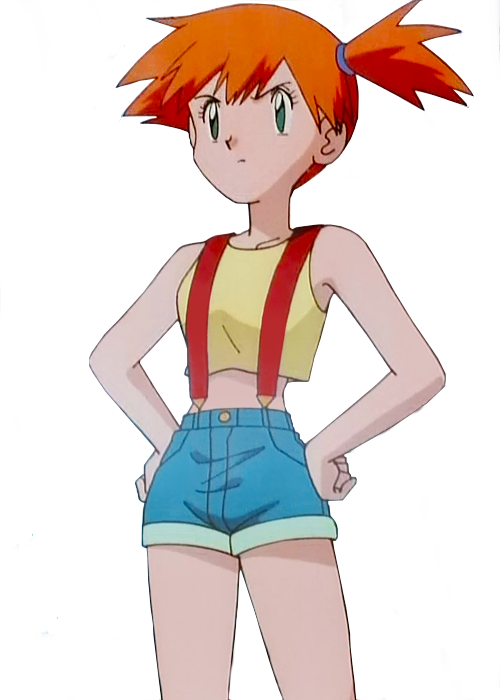 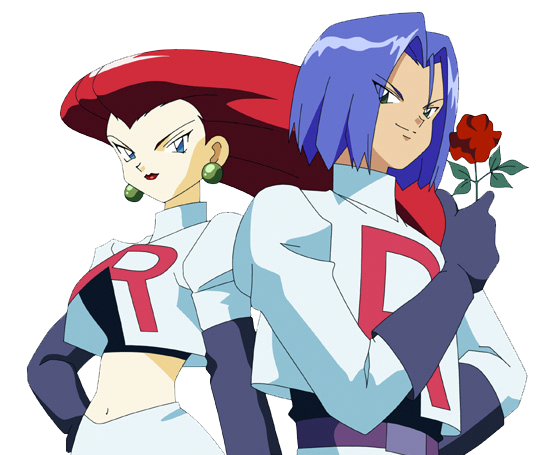 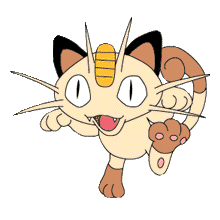 As the curtain lifts on another Pokémon adventure, the ever-present narrator reminds us of what Ash Ketchum and his disciples have been up to lately: namely, catching Pokémon for a change! In the past two episodes Ash has managed to acquire both a Bulbasaur and a Charmander, leaving him only a Squirtle short of a complete set of Kanto starters. Three guesses as to who the Pokémon of the day will be …

His recent success at filling out the Pokédex has Ash humming along down the road—literally, in this case. Veronica Taylor is doing a nice bit of fourth-wall-breaking by humming along with the anime soundtrack. What could possibly go wrong for our heroes?

Well, in addition to snagging starter Pokémon, the other recurring theme of the current story arc of the anime has been Ash and friends falling into pit traps. And if there is one thing the Pokémon animators love, it's beating a dead horse! So, right on cue, Ash's foot sinks into the ground, and a second later he, Misty, Brock, and Pikachu find themselves at the bottom of a hole!

Dusting themselves off, our heroes look up to see a ring of spectacled Squirtle laughing down at them. The pit hole trap may have just been a prank to the gang of TinyTurtle Pokémon, but Ash "After School Special" Ketchum is none amused. "Dangerous practical jokes are nothing to laugh about!" he moralizes, as he claws his way out of the hole.

Possibly confused by the masterful disguises the Squirtle are employing, Pallet Town's village idiot unsheathes Dexter to get a Pokédex identification. Ash is pleased to learn that the tiny turtle Pokémon under the sunglasses are, in fact, Squirtle: the TinyTurtle Pokémon! "With my very own Squirtle, Gary will never beat me!" Ash declares in a fit of enthusiastic delirium, before sending Pikachu to fry the lead Squirtle. One of the Squirtle minions in the round glasses dives to take the brunt of the ThunderShock as Pikachu and the Squrtle leader face-off in a bit of Spaghetti Western schtick.

But before either of the Poké-Mon with No Name can draw and fire, police sirens ring out and the Squirtle scatter with their wounded homey carried above their heads. Five-O! Five-O! Here comes the crookedly incompetent face of Kanto Stalinist police state, Officer Jenny!

Long-time viewers should already feel suspicious; this lazy pig never bestirs herself unless there are kick-backs to collect or long after crimes have been completed. Since when does Jenny perform real police work? Dumb-Ash, however, is busy trying to decipher the message his basic recall neurons are transmitting. This person … he has met her before! Unfortunately for our dimwitted hero, that Jenny was one of her identical cousins—also named Jenny! (#JennyLivesMatter)

Jenny takes Ash, Misty, and Brock back to the station and explains that the merry Pokémon pranksters they met were actually a criminal gang of trainer-less anarchists called 'the Squirtle Squad' who have been terrorizing the local shopkeepers!

'Free Pokémon' are an abomination in the sight of God! These escaped slaves are a menace to an ordered society and must be returned to bondage posthaste!

Things are beginning to fall into place here vis-à-vis the mystery of Officer Jenny's newfound work ethic. It must be hard for Jenny to extort the townspeople for protection money if she can't even stop the Squirtle Squad! Plus, I'm sure the TinyTurtle Pokémon also failed to cultivate an "understanding" with the police the way that the Yakuza-like Team Rocket organization seems to have done. And speaking of Team Rocket, its most glamorous agents happen to be spying from the bushes outside!

Jessie has her glamorous eyes pressed against a set of binoculars monitoring the twerps and Officer Jenny outside the police station, but Meowth and James have less mission-critical topics on their minds. The Sratch Cat Pokémon complains that he is starving, but James adds that he is sick of pizza! (Wow, James! Meowth goes to all the difficulty of learning human-speech with an Italian-American accent and you just *assume* he wants pizza?! How hurtful!) And speaking of painful things, Jessie has suddenly armed herself with a Japanese fan and assaults her team members in a fit of rage. Barely recovered, James inquires as to whether they might order Chinese – "or tacos!" Meowth adds – before Jessie smacks them again! "Am I the only member of this team who thinks world domination is more important than lunch?!" demands Team Rocket's glorious dominatrix, before she is betrayed by her own growling stomach.

As luck would have it, Jessie has prepared a picnic lunch for just such an emergency! But before our beautiful baddies can tuck in, the squad of Squirtle from earlier have returned and threateningly demand the food for themselves through Meowth the translator. This both angers and amuses Jessie who informs the Squirtle that it is Team Rocket who make threats. "Let's show these little creeps!" she declares to James whose "I'm game" reply lands just one extra syllable past coming out of the closet. (Baby steps, James!)

Unfortunately—both for Team Rocket and those who hoped to see Koffing and Ekans this episode—our voluptuous villains find themselves the victim of yet another pithole trap before they can do battle with the Squirtle. Now tied to a tree, Team Rocket can do nothing but watch as the Squirtle devour the contents of the picnic basket. "They're eating all the jelly donuts and eclaires!" bemoans Jessie, earning 4Kids the eternal wrath of Japanophiles throughout Christendom. "Those aren't Squirtles," Jessie continues, "they're piggles!" Recognizing that we have not yet arrived in Johto and that he is still nominally in charge of the trio, Meowth reasserts his leadership, browbeating his Rocket teammates to play along as he convinces the Squirtle that Jessie and James are *his* humans and that they should release the Scratch Cat to join them for lunch in Pokémon solidarity. "I want a donut!" whines James.

Meanwhile, Ash and friends are resting on a riverbank while Misty does a spot of fishing. Suddenly, one of the lesser round-glasses Squirtle pokes his head out of the water and douses everyone with a Water Gun! Pikachu tries to respond with a ThunderShock only to zap our sodden heroes instead. The camera cuts to the road, where everyone is miraculously dry, and Pikachu and Squirtle engage in battle. Withdrawing into its shell, Squirtle hits Pikachu with a spinning Tackle and sends the Mouse Pokémon flying into the river.

Pikachu bobs on the surface momentarily before an absolute heel of a Goldeen interferes in the match and blindsides Pikachu with a Horn Attack outta nowhere to the ass! (Where was the ref?!) Too distracted by this blatent bit of bad-sportsmanship, our heroes fail to realize that the rest of the Squirtle Squad has arrived (along with their new pal Meowth!) and Ash, Misty, and Brock quickly find themselves fit to be tied!